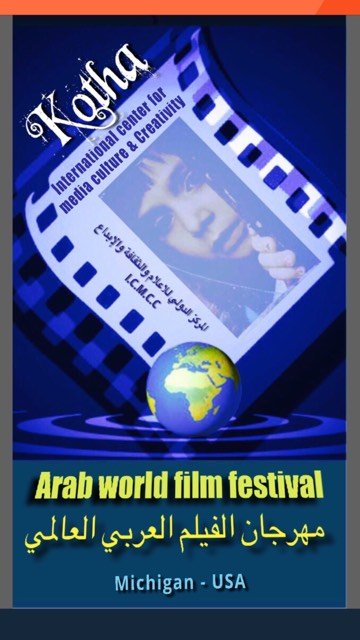 Technical Regulations
For the festival

Article 2:
The festival aims to
# Highlighting the cinematic creativity, especially the youth, and giving them the opportunity to introduce their capabilities and potential to the cinema audiences in America, academics, professionals and creators from all countries of the world.

# Contribute to the spread of cinematic culture aimed at a decent life based on human friendliness, respect for the will, freedom and support of the human being to live a free and dignified life.

# Renouncing violence in all its forms, terrorism at all levels, and criticizing negative phenomena through targeted, sober cinematic language.

#Supporting women's issues and their legitimate rights to freedom, dignity and a secure and stable life.

# Shedding light on children and their beautiful world, drawing attention to their issues and trying to contribute to finding solutions to them, even if cinematically ..

# One of the priorities of our goals is to support Arab cinema and raise its level to reach the world in its true and real sense.

Article 3:
The first session of the festival takes place from
July 3rd, 4th, and 5th / 2020
It is based in the US state of Michigan.

Article 4:
Official sections of the festival:
The international competition for feature films, short, and documentary short, but the competition in this session is for short films exclusively.

Article 5: In each session there will be a country (a guest of honor) whose cinematic works and creators will be highlighted and some of its symbols and supporters of the cinematic movement will be honored and accordingly a selection of films chosen for that country will be allocated and displayed under the title
(State cinema demonstration guest of honor).
Country guest of honor first session (Iraq).
Article 6:
Festival Awards for Official Film Sections:
Jury Prize
Gold Award for Best First Film.
Silver Award for Best Second Film.
Bronze award for best third movie.

Parallel festival awards
(Appreciation Awards):
# The Cutha Michigan Award
Awarded to the most prominent cinematographers who contributed to the enrichment of cinematography in the country hosting the festival.


Cinematic Creativity Award:
Granted to distinguished cinematic personalities, locally or internationally, in the youth and pioneers category.
That contribute to the advancement of cinematic art


Article 7: To participate in festival films in the international competition for feature, short, and documentary films, the following conditions must be met:

@ The film shouldn't have been previously shown on any satellite or terrestrial TV channel or on any website (social media) before its official screening at the festival.
The film should be produced by 2020 2019-2018.

@ The length of the feature film should not be less than 60 minutes
And no more than 25 minutes for the short film.
Note that this session (the first) will be received and accepted competition for short films (exclusively) except for some films elected by the festival management and will be outside the competition.

Article 8:
# The festival management is not responsible for the loss of any items sent to us by mail and we have not received them.
# The Watching and Sorting Committee is the one who chooses films and nominates them for competition without interference from any other party, taking into account the approach of the festival goals.
# The jury for the official competition and the other committees working in the festival are professional and academic film elites.
# All members of the jury are fully independent and highly professional in their arbitration decisions.
# To participate in the festival, you must fill out the complete online form from the festival website and neglect any participation without it. Knowing that the electronic form is on this link and if it does not open then you must copy the link and open it through Google
(https://forms.gle/FERPi7hbMMRFdsgr5)
# A movie that arrives outside of specified times is excluded from
the festival.
# The festival management has the right to receive films to invest in scenes from films for the purpose of promoting, advertising, media and cinematic culture for non-profit purposes.


Films must meet all of the criteria for the department you are applying for, as set out consecutively. All films must send a link to download the movie or DVD copy with English subtitles for Arabic films or any other language in addition to downloading to be displayed in Blu-Ray, MPEG 4, DCP format.
Please send articles to the following address:
(5019 Argyle St, Dearborn, MI 48126)
At the expense of the subscriber, and to write on the letter the title of the film and the name of the director in English with the phrase "without commercial value and for cultural purposes only".
# The festival reserves the right to be the only authority entrusted with determining the time of the film's presentation at the festival.
# The film cannot be withdrawn from the festival if it is chosen and the rights owner confirms his participation and display in the festival.

General conditions for participation and screenings of films in the festival


@ The copies of the film shall be delivered to the festival headquarters, no later than March-10-2020
@ The two versions of the presentation must be one DCP and one Blu-Ray or MPEG4.
@ The copy of the presentation must be in the original language of the film.
It must have English or Arabic translations in relation to other languages.
The following materials should be sent by email to
imcc19@gmail.com

The personal page of the founder and president of the festival
https://www.facebook.com/kothafilm/

I BUILT MY SITE FOR FREE USING